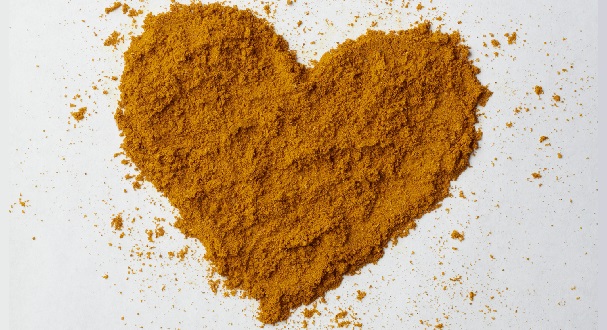 Turmeric (Curcuma longa) has been used for centuries in the continent of Asia - be it for cooking or medicinal purposes the golden spice has played an active part in the shaping of one's diet from the east.

The active ingredient in turmeric is curcumin which is responsible for a lot of the health benefits associated with the golden spice.

Curcumin has shown to be an effective Anti-depressant remedy

Curcumin has shown to be effective in Reducing IBD symptoms:

In an 8-week study of over 200 people with IBS, a standardized extract of curcumin was associated with up to a 25% reduction in abdominal pain, and two-thirds of participants reported an improvement in overall symptoms.6

In a small pilot study of patients with Crohn’s disease or ulcerative proctitis (a type of IBD) patients who received curcumin along with the standard anti-inflammatory drugs (including steroids) were able to reduce or stop the medication, and inflammation markers decreased to within normal limits.7

In fact, all of the individuals with ulcerative proctitis improved, and four of five Crohn's disease patients had lowered sedimentation rates, so the treatment inhibited red blood cells from separating from plasma too quickly, as is common with certain forms of the disease.

In another randomized, double-blind, multicentre trial, individuals with ulcerative colitis received curcumin and a drug treatment (sulfasalazine or mesalamine) or the drug treatment and a placebo for 6 months. Of those who received curcumin, just over 4% relapsed. However, over 20% of those in the placebo group (essentially a drug-only group) relapsed.8

One of the interesting benefits of curcumin is that it has not only been shown to reduce inflammatory compounds in the intestines, it can actually strengthen the intestinal wall to prevent harmful bacteria from passing out of the intestines and reaching other organs, such as the liver and kidneys.9

Other scientific studies have shown that curcumin is effective in treating ulcerative colitis. It repairs damage to the colon and reduces oxidative stress due to its ability to inhibit inflammatory markers NF-kB.10

The fight against Diabetes and Obesity

Diabetes and Obesity are the two major epidemics of our lifetime, they not only rob us of our health but quite possible the ability to regain health through diet, exercise and other lifestyle factors. However emerging science has shown that curcumin has had positive effects on being able to regulate blood sugar levels, stopping the growth and proliferation of fat cells and can help re-establish a healthy metabolism.

The damage of junk food

Stopping the cycle of diabetes and weight gain

Another factor that supports curcumin as a treatment option and preventative agent for obesity and diabetes is that curcumin appears to increase levels of adiponectin. This protein normally circulates throughout the body, but is present in lower amounts in obese body types compared to lean body types. Adiponectin is also important for regulating blood sugar levels, insulin metabolism, cholesterol levels, and inhibiting NF-kB activation and other inflammatory markers. In fact, increasing adiponectin levels has been used as a treatment option for people with type 2 diabetes on its own.13-17

In another study, curcumin was compared to the drug rosiglitazone (Avandia®) and found to be equally as effective in reducing insulin resistance, inflammatory markers, and fats in the bloodstream.18

Plus scientific studies have found that curcumin may protect against other problems associated with diabetes, such as breakdown of eye tissue, potential brain damage, nerve pain (neurotrophy), and heart disease. 21-22

Could help against chronic pain such as arthritis by reducing inflammation

Pain is one of biggest grey areas in medicine, it is very difficult to try and describe a specific type of pain as it's so subjective. Everyone reacts differently and have different thresholds and triggers.

Chronic pain is another factor, it means the pain is constantly present and everything in life requires a little more effort, getting out of bed, walking up and down the stairs, getting changed. There are many causes of chronic pain, past physical injuries, genetics and disease, dietary or nutritional deficiencies, one thing all forms of chronic pain have in common is inflammation and cellular damage.

Because of curcumins ability to reduce inflammation throughout the body, it can be very effective at stopping pain at the source. And because curcumin also repairs cellular damage and prevents oxidative stress, it can actually heal tissue rather than just mask symptoms.

Rheumatoid Arthritis is a frustrating condition, it is an autoimmune disease where the body is fooled into attacking itself, and is normally known for damage, inflammation, swelling with pain being caused in the joints. RA generally affects women more than men and can start showing symptoms in some as early as their 20s and 30s.

The immune cells involved in RA include T cells (which can be considered one of three types: helper, killer, and suppressor), and B cells, part of the adaptive immune system that responds to outside threats to the body. Autoimmune diseases like RA show a high activation of these cells without any apparent reason. In any case, they attack the joints and cause serious damage, thus inflaming the cushioning synovial layer, and eventually wearing away the structure of the joints altogether, if left untreated. This is partly due to the fact that synovial fluid provides a natural source of a ligand that helps the body properly form new bone tissue. Any disruption to the synovial fluid doesn't just reduce the non-bone joint structure, but the very ability for new healthy bone tissue to form at all.

Treatment methods today have had limited success, typically treatment starts with over the counter or prescription anti-inflammatory drugs and may later include other medications that try to modulate the immune system. Unfortunately, a lot of these drugs have negative side effects including stomach damage, susceptibility to infections, and cardiovascular risk.

Curcumin offers a more natural and less negative approach by providing extraordinary benefits for immune system modulation (making sure the immune system responds to real threats in a balance measure) joint comfort, and protection from oxidative stress, curcumin could be the next advancement in rheumatoid arthritis care. 23-29

What are you looking for?